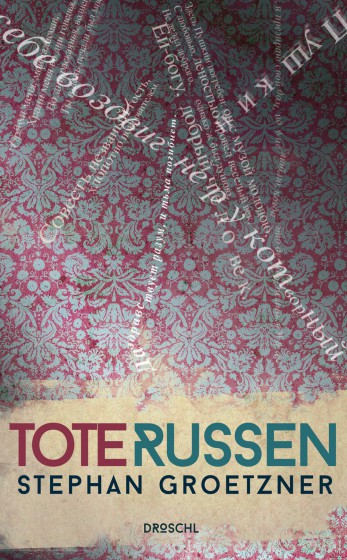 Whether it is Chekhov’s sausage or Stalin’s height, Tolstoy’s children’s stories or Pushkin’s pornographic poems – it is hard to tell the meticulously researched detail from the absurd invention. Minor things, like broken pencils, buttered bread and cocktail beetles, will be the cause for fights with neighbours which sometimes end in violence or even murder. Staying home in the manner of Pascal in order to escape accidents is a strategy that is doomed to fail. What Groetzner recommends instead are walks in the wood, violence to solve conflicts and drugs of all kinds.

»With skill, association and the logic of dreams, the author uses the reckless tempo of fairy tales, and that of the Russian avant-garde, to whisk us away into an ancient world«, was the verdict of the jury for the Wartholz Literature Award, where Groetzner won the main prize as well as the public’s choice award.

»A language terrain in which foolishness and wisdom can barely be told apart.« (Maren Keller, SPIEGEL online)