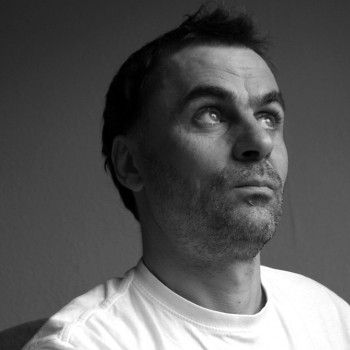 In 1998, Groetzner was laureate at the Open Mike competition for young talents by LiteraturWERKstatt Berlin. Four years later he published Die Kuh in meinem Kopf (The cow in my head) at Droschl, which was shortlisted for the debut award of litCologne. In 2013, Droschl published his novel So ist das (It is like that), which was put on stage in Salzburg by Lithuanian director Arturas Valudskis. The author won the Wartholz Literature Award as well as the Public’s Choice Award for an extract from his book Tote Russen (Dead Russians, Droschl) in 2014.