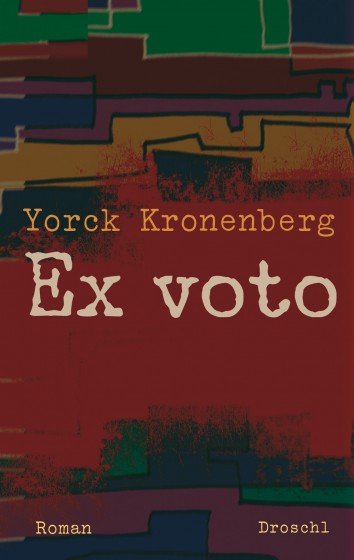 Doctor Robert Sieburg is abducted, maybe somewhere in the Middle East, maybe somewhere in Central Asia. Not mastering the language, ignorant of the customs and unsure of what to expect, he roams the mountains and plateaus with the kidnappers, a strange tribe, members of an unknown order. He is asked to write down his experiences and thoughts, and learns that these writings serve as ›connection to God‹, through them, ›truth speaks‹. Only rarely, the captive gets to call his wife. Their conversations, she tells him, are broadcasted on TV.

Ex voto takes the reader to an archaic, mythic, apocalyptic world as Kronenberg skilfully evokes the secrets, menaces, but also the magic of this foreign and lonely world. With his interpreter and translater Harry, acting as an interface between Robert and the new world, he enters a peculiar pact. Meanwhile, the borders between truth and tale, reality and image, presence and past become blurred. The more the captive gets used to his new life, the more he estranges his readers; and the suspicion he bears towards himself unfurls.

Impressively, the novel unfolds, and the captive, utterly helpless at first, eventually gets the upper hand. The story revolves around cult and iniation, violence and death, faith and faithlessness, freedom and loss of the self. With Ex voto, Kronenberg presents an extraordinary, captivating novel about the political myths of today.