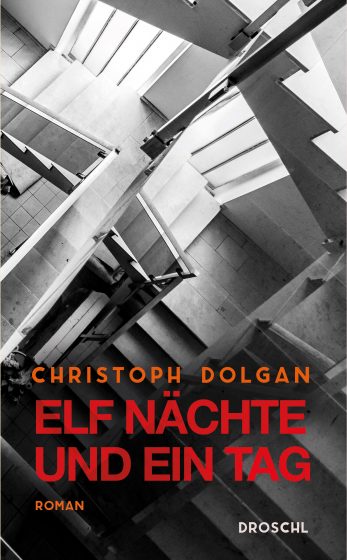 A moving coming-of-age novel about friendship and loss, in which the promise of departure and a new beginning is almost tangible.

It is time to stop falling and finally jump off. This thought makes the narrator’s head spin. A new start is supposed to mark a turning point and yank him out of the apathy he feels since his best friend Theodor committed suicide. The latter’s life was characterised by extremes – the orange highs and the blue lows. The narrator had always been there for Theodor. Together they had stumbled into impasses, lived many excessive moments, cooked up plans and did what all adolescents do – testing and overstepping limits.

Keeping the narrator company throughout eleven November nights, we quickly realise that wherever his life leads him he cannot stop retracing his past, which leaves him agitated and uneasy. A plan from the teens’ time together appears to be the only possibility to turn towards the future. During an obsessive phase of reading Dostoevsky, Theodor at one point dreamed about taking the train to St Petersburg. This journey, which he never took, might change the narrator’s life now.

»This book makes an excellent reading, you would call it quaffable if it were a wine.« (Ingrid Mylo, Getidan)

»If you’re once in the flow of the narrator, he is going open the reader a world full of insights.« (Lovelybooks, Amazon 5 stars)