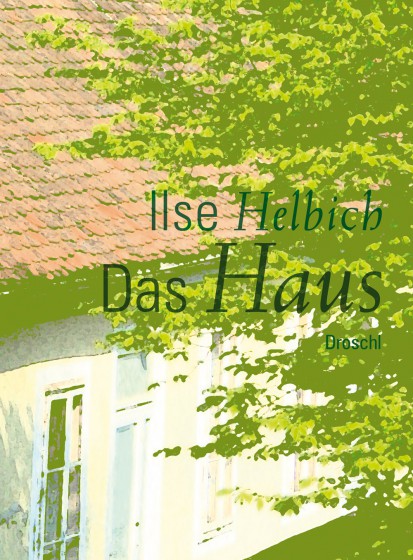 Tinged with autobiographical details, Helbich’s book The House tells the story of a woman over 60, who, against any reason and against the well-meaning advice of her friends, grants herself her dearest wish and buys an old house.

It is almost love at first sight – even though the house is located in a village in a neighbourhood she did not want to live in. It is also derelict and dank and – what is worst for her – utterly disfigured by the thoughtless conversions and pragmatic refurbishments of past times. And yet, she buys this ›wounded‹ house with its ›wilderness‹ of a garden.

These words reveal plenty about the writer and her prose. Ilse Helbich describes the house and garden as maltreated creatures whose original form and dignity she seeks to reinstate, at first with deeds and then by writing this book, using words like ›growing into‹, ›hulling‹ and ›unfolding‹. Straight-forward and unadorned, this recount of the gradual development of the house, of the wary approchement to some neighbours, or the collectively experienced flood threatening to wash out the foundation is incredibly captivating.