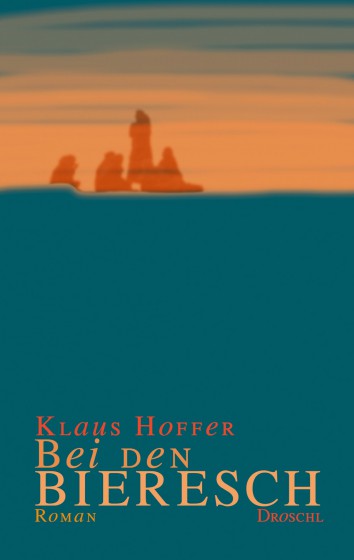 Among the Bieresch is set »in a mysteriously eerie no-man’s-land« (according to the German author Wolfgang Hildesheimer) in the region of Seewinkel at the Eastern shore of the Austrian Lake Neusiedl. Narrator Hans, an ethnologist, stumbles upon an outlandish but strangely familiar ethnic minority, the Bieresch. Following an archaic rite they make him act as his recently deceased uncle. The world he gradually unravels turns out to be a maze-like night-mare of mutual interpretations and readings, of rituals and observations of others, of Kafka and Kabbalah, of stories, anecdotes and conjectures firmly and inescapably taking hold of him.

»A literary, allusive, suggestive enigmatic work of a rather worldly sensuousness standing out from the mass of literary works virtuously sticking to reality.« ( Alexander Kluy, Der Standard )#

»Among the Bieresch comprises a lot: a postmodernist novel, an ethnological bildungsroman, a modern version of mythopoeia as well as a multi-faceted criticism of civilisation. Above all, however, it constitutes an enticing book that merits being read and discovered anew.« (Uwe Schütte, Volltext (Austrian literary magazine) »I would like to suggest contemplating those novels by Peter Handke or Christoph Ransmayr, by Elfriede Jelinek or Urs Widmer, published throughout the last two and a half decades, from another angle for a change – as if those authors were Hoffer’s successors.« (Hermann Wallmann, WDR)