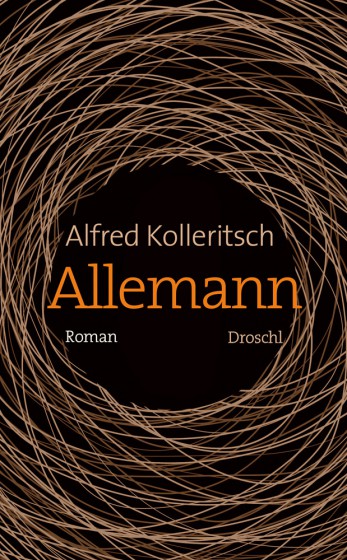 A grand Austrian novel about youth and education under the Nazi regime.

In Allemann, Alfred Kolleritsch recounts the school years of Josef, a countryside boy who is sent to boarding school in the city in the Nazi era. During a stay at an Italian thermal bath, Josef’s memory is jump-started. He remembers the funeral of a convinced Nazi in his village and the ensuing march of Nazi followers, his childhood in this village and his time at the boarding school in Graz during those years.

At the boarding school, Josef encounters not only the horrors of Nazi teaching methods and the fanaticism of those defending obsolete truths, but also a subversive teacher, the eponymous Allemann, who kindles the adolescents’ bodily, sexual resistance and subsequently is sentenced to death in 1945.

With this novel, Kolleritsch created a dazzling example of a Bildungsroman with autobiographical features.

»Without Alfred Kolleritsch, Austrian literature would not be what it is today.« (Klaus Kastberger)

»A very personal and at the same time very political book – one of the most important works of Alfred Kolleritsch whose way of writing and thinking is characterised by his lifelong confrontation with ideologic legacies.« (Walter Vogl, Die Presse)

»What renders this book on everyday fascism in Austria so authentic is its closeness to the author’s own reality.« (Herbert Wiesner, Süddeutsche Zeitung)

»A key work (…), a profound gaze into the deepest corner of the Austrian soul, a meaningful link between Musil’s Törless and Horváth’s Youth Without God.« (Werner Krause, Kleine Zeitung)

»A novel about the sensuous processing of memories. The protagonist, Joself Algebrand, remembers his time at boarding school, i.e. his youth during the Nazi era, with the murderous imposition of conformity and the fatal attempts at resisting those who could not keep rank.« (Joachim Leitner, Tiroler Tageszeitung)

»Alfred Kolleritsch’s novel Allemann refuses to be read from the comfort zone of the literary category of Nazi era reappraisals, and refuses to portray fascism as something over and done with.« (Evelyne Polt-Heinzl, Die Furche)