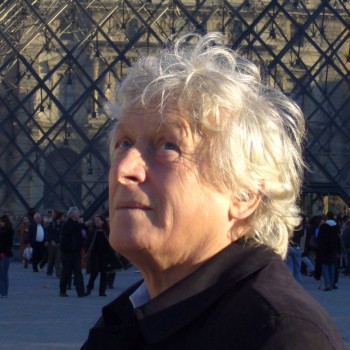 Alfred Kolleritsch was born in Brunnsee/Styria in 1931. He studied Germanistik, History and Philosophy in Graz, wrote his dissertation on Martin Heidegger and taught both at grammar school and university. Kollertisch was co-founder of the artists’ association Forum Stadtpark and has been promoting art, not least young writers, as editor of the important literary magazine »manuskripte«.

Kolleritsch himself has written short stories, various collections of poems and three novels (Die Pfirsichtöter, 1972, Die grüne Seite, 1974, Allemann, 1989). In 2016, on the occasion of the author’s 85th birthday, Droschl published a revised new edition of Allemann, an extraordinary book about growing  up in a Nazi boarding school in Graz and both the will and a way to be different from the ideological role models.