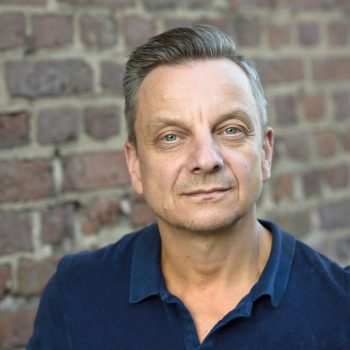 Thomas Jonigk was born in 1966 in Eckernförde. As director, dramaturg and influential author of his generation he writes novels, librettos, plays and screenplays and worked at several important theaters such as the Schauspielhaus of Vienna and the Berliner Volksbühne.

His works have been translated into various languages. In 2009, Jonigk and the translator Bernard Banoun won the Prix Amphi for the best non-French novel, Vierzig Tage (Forty days, 2006), which was rendered into French. Five years later his thrilling book Liebesgeschichte  (Lovestory) came out at Droschl, 2020 he published the novel Weiter. (Going on.).