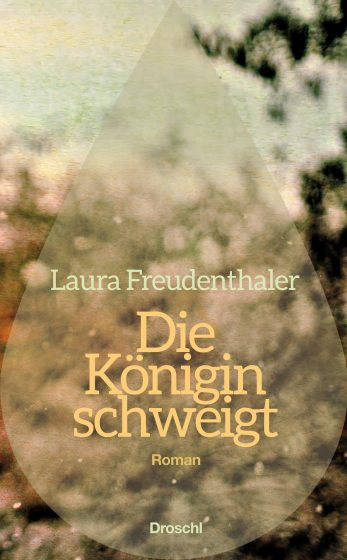 This novel retraces, in a remarkable manner, a lifetime in the secluded cosmos of a village from the fragments of memory of an old woman. This life’s story is tragic. However, never does this woman perceive it as such – she rather carries its weight on her shoulders proudly, like a »queen«.

Fanny, the »queen«, is a woman worn out by fate who spends her remaining years by herself, keeping silent about the past. Rather than filling the journal her granddaughter gave her page by page with the tragedies of her experience she leaves it untouched on her nightstand. But in daydreams and sleepless nights she cannot escape the memories, and so she sees her entire life flash before her eyes in disturbing images. We witness Fanny throughout all her life’s phases, from her childhood at her parents’ farm in the 1930ies almost until her death.

These fragments of memory tell in dense, clear and touching stills how Fanny turned into an unapproachable, proud woman. This novel is a character painting that bears witness to the young author’s profound insight into human nature, her high degree of sensibility, and ultimately her considerable literary talent.

Laura Freudenthaler’s fine sense for atmosphere and emotions is impressive. Her carefully chosen language and narrative style create a stunning mix of perception, memory and re-living.

The novel was awarded with the Förderpreis zum Bremer Literaturpreis 2018 and as best German debut 2018 invited for the Festival du premier Roman in Chambéry.

»Robert Seethaler’s A Whole Life had a similar subject, and was a great success. Hopefully, this book will also receive such a fulminant reception. It is as silent. It is as precise. It is as good as Seethaler’s.« (Wolfgang Huber-Lang, APA)

»Fanny is the daughter from the farm in the glen, she could also be the sister of Seethaler’s stoical and suffering hero.« (Marie Frisé, FAZ)

»I have rarely read such an impressive and awesome first novel.« (Anna Jeller, Buchhandlung Jeller, Wien)

»The Queen is silent is a very special book that I liked immensely and that touched me profoundly. I read it in a weekend and could not put it down. Fanny grew dear to me, almost like a confidante. It is amazing how a young writer can tell this story with so much sensibility.« (Gudrun Suchanek, Buch&Boot, Altaussee, Austria)

»A lovely melancholia, a wonderful voice pulsates in this story. Laura Freudenthaler is a brilliant narrator, there is pure magic in her direct simplicity, and her pictorial language. A bright light!« (Marina Büttner, literaturleuchtet)

»This is a skillful and touching account of a woman’s life and a remarkable tour de force from such a young writer.« (Mandy Wight, Peakreads) Here you can read the complete English review.