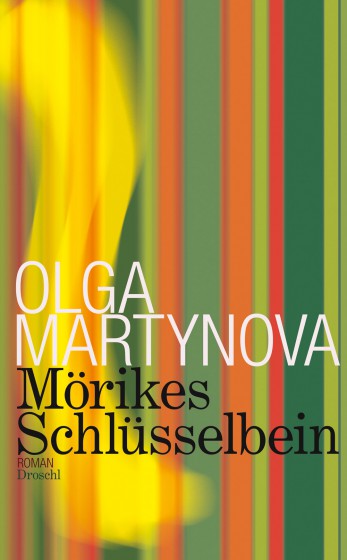 A tale of generations unlike others: in a perspicacious and humorous manner, Olga Martynova tells stories of Russians and Germans, of poets, shamans and spies, of marital life and coming of age. Is Moerike’s collarbone a relic, handed down over generations from poet to poet? Or is Moritz, who is in the process of discovering the poet in him and whose entire world turns into an infinite number of opportunities (and stories), only imagining it?

Moerike’s collarbone is a novel on poetry and its facets, its power and its tasks. It is full of stories on the life of art and artists. When Moritz and his sister Franziska hesitatingly venture into this world, Russian poet Fjodor leaves them again.

In numerous intricately woven episodes and themes Olga Martynova describes a world between German patchwork families and Russian bohemians, between poetry readings in Chicago and Shaman rituals in Siberia. And as the shaman leaves his earthly body and transforms into various manifestations, the novel changes and introduces the notion of immortality, ranging from ancient Egyptian journeys to the afterworld to the 20th century Shangri-La. The poet’s death and the eternal life of poetry – the fascination of literature has rarely been related with as much ingenuity, wit, intelligence and, yes, wisdom.

Ingeborg Bachmann Prize 2012: »Fantastic, how the big story is reflected in the little ones« says jury member Paul Jandl.

»Kaleidoscope-like and with a dry sense of humour, prose artiste Martynova fabulates about Shamans in the taiga, green-orange rugs on which you can travel through space and time… a quite magnificent novel.« (NEWS)

»That’s what it’s all about in the novel – about the poetry always living on because the world would otherwise probably not exist at all.« (KURIER)