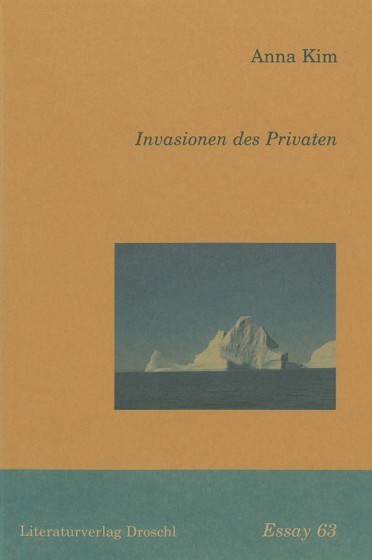 An account of Greenland that goes beyond a mere scenic narration: a piercing study on being different.

Travelling to Greenland to find oneself? Discovering in the Inuit, the country’s indigenous people, the paradigms of one’s existence? This is what Anna Kim describes in her account of this polar island where nature’s marvels are so far from everything the tourism industry sells as beautiful – the barrenness, the emptiness, the colours and shapes of ice, snow and water.

Anna Kim reveals the colonial history of this country; a history as relentless and humiliating for its inhabitants as any other colonial history on earth, producing extremely damaged identities and, demographically speaking, a large degree of Danish-Greenlandish crossbreeds – a mixed culture emerging in an atmosphere of constraint and great loss. What it means to talk Danish or Greenlandish there, to look different, to be part of one culture or not, and what price there is to be paid in terms of safety or foreignness when one gets caught in this machinery of identity deciding upon inclusion or exclusion – this is what Anna Kim reveals in her book. In an oppressing, tormenting account, the South Korean-born Austrian writer puts her perceptions and conversations from the Greenlandish capital of Nuuk to paper.

But there is something else this essay puts straight: that travelling can serve as a vent for a yearning to find one’s natural environment as existential foreigner, to be foreign in one’s own right, out of one’s own free will.