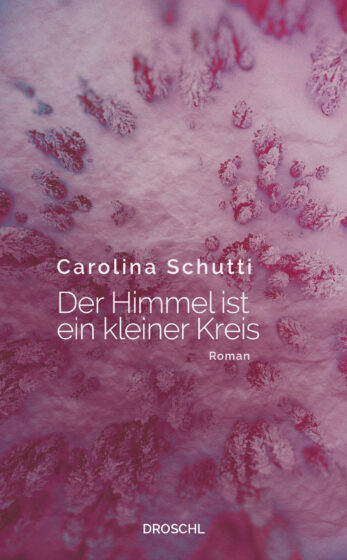 The new novel by Carolina Schutti broaches different concepts of freedom and identity.

Two separate plot lines outline the fate of two women. At first glance, these women could not be more different but little by little, certain parallels reveal themselves.
The first-person narrator, a young woman, is losing control over her life, her feelings, her language and her body. At the same time, however, her perceptions remain crystal clear. Now she is expected to learn to manage her temper at an asylum. While Mark, the only person she is attached to there, is about to be discharged, she is repeatedly thinking about her own departure.
Ina, the second protagonist, has already departed – to Siberia, where she would like to run a roadside inn at an ice road. However, she finds herself facing a tough adventure with obscure Boris and only notices too late that she is caught in a trap.

The story gets more thrilling with every chapter. In Schutti’s poetic and yet powerful style, both women’s lives come together.

»This novel is staggeringly beautiful. It keeps soliciting the reader’s empathy and shows once more the complexity, and above all fragility, of the human soul.« (Gerlinde Tamerl, Der Standard)

»Women in turmoil on the cusp between break-point and awakening – a wonderful psycho-programme of change.« (3Sat Kulturzeit)

»I am enthusiastic about the language, the narrating style, the extremely captivating plot. My biggest compliments!« (Barbara Belic, Das rote Mikro/Radio Helsinki)

»The contrast between the nightmarish events and the poetic images of nature makes this novel an impressive read.« (Beatrice Simonsen, literaturhaus.at)

»Schutti raises an interesting philosophical question: What is freedom? Where and how can you find them? What are we ready to sacrifice for them?« (Karin Cerny, Falter)