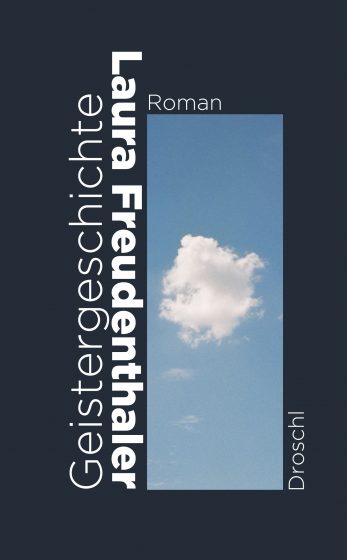 What if a void suddenly opened up in your life? This is the question Laura Freudenthaler pursues in her second novel Ghost Story.

In her gap year, that she meant to spend playing piano and writing textbooks, Anne is thrown off track. One by one she abandons her habits and hobbies. By day she roams the streets, by night she writes her observations into a notebook. Her flat, where she has been living with Thomas for 20 years, feels increasingly uncomfortable, not least because Thomas seems to be less and less present there.

She had suspected all along that he might be cheating on her. And now the girl, as Anne calls his mistress, appears as fleeting, whispering ghost. There are noises and apparitions now which are getting harder and harder for Anne to identify.

In this story of jealousy and passion almost resembling a musical score we follow Anne deeper and deeper into a world of mirror images and false bottoms where the lines between reality and delusion are slowly blurring.

Laura Freudenthaler wins the EUPL 2019 with her novel Geistergeschichte.

»Ghost Story is a literary and poetic read that is nonetheless highly accessible, offering an imaginative and insightful take on mid-life anxiety and the challenges of living with a long-term partner. Laura Freudenthaler’s innovative portrayal of the classic theme of the love triangle is captivating enough to be read in a single sitting.« (New Books in German)

Number 1 of the ORF-Bestenliste March 2019: »Laura Freudenthaler is one of the most subtle authors of her generation … What is so outstanding of this novel is how Laura Freudenthaler tells about an uncertainty: every detail is described precisely with a language that is concentrated on the essentials combined with an uninstrusive refinement. … A gentle, deep, a great book.«

»For me, the brilliance of this novel was as much about the depiction of a declining long term relationship as about the clever fudging of fantasy and reality.« (Mandy Wight, peakreads)

»Laura Freudenthaler’s novel protrudes in an enjoyable way from the literary mainstream of contemporary fiction, which mostly deals with a historical or autobiographical realism. Ghost Story draws from a fountainhead of literature: the fantastic and the imaginary which does not have to accept the rules of reality.« (Ursula März, Deutschlandfunk, lesart)

»This novel revolves around the protagonist’s ghosts and keeps always an exactly calculated distance: between Anne and her environment, between Anne and the reader. … That this author is one of the most interesting voices of the younger Austrian literature proves her new novel impressively.« (Johanna Öttl, Die Presse)

»For us the readers the reading satisfys one of the most important functions of literature: On every single page we do realize better and better what empathy means in our complex relationship to the other.« (Björn Hayer, Wiener Zeitung)

»The author stays completely close to her protagonist, illuminates her inner disruption with a stoical silence in her words. The border between reality and imagination becomes blurred.« (Julia Schafferhofer, Kleine Zeitung)

»Like in her first novel The queen is silent the author succeeds in a masterly way to put herself in the position of an older woman.« (Hanna Ronzheimer, Ö1 Leporello)

»Laura Freudenthaler knows how to mix the seemingly reality with the unreal.« (Miriam Mairgünther, Buchkultur)

»A very calm, statutory atmosphere that slowly becomes dizzying and finally threatening. The intensity of this prose results from insisting on details.« (Alexander Kluy, literaturhaus.at)

»Laura Freudenthaler′s prose is well-thought-out and ambiguous, it’s a pure pleasure. You feel that this book is not just focused on the plot, she holds the words and language up. A glow!« (Marina Büttner, literaturleuchtet)