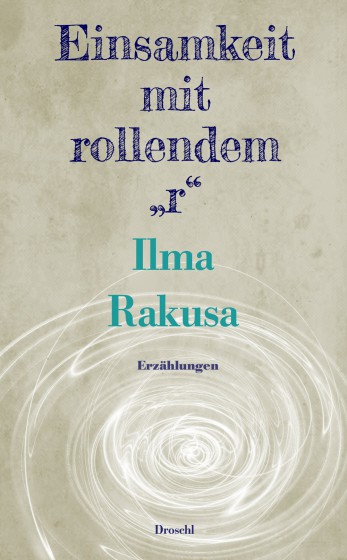 There is Marja, a passionate cook who emigrated from Russia to Berlin and only there learns about the cruelties of the Soviet era during the 1930s. Then there is Katica from the Hungarian steppe who together with Dora plays the violin on the streets somewhere in the West but then returns to Budapest after all. There is Lou who feels guilty for her sister’s death and whose soul will never again fully recover. And then there are those first kisses with the mysterious 15-year-old Maurice, a stranger in the village. Somehow, all of them are strangers, and »Alleinchen« (»singleton«) is used as term of endearment.

Encounters with people and places, temporary breaks from the loneliness, in Zurich and Graz, on Mont Ventoux and in the Slovenian karst are the central elements in these fourteen narratives. With great discretion, Ilma Rakusa approaches people with very contemporary biographies, voluntary and involuntary travellers, restless and in many respects uprooted persons with enigmatic, often dramatic fates. Her sentences are curt, without being abrupt, precise but playful in a lyrical way and imaginative. She allows her events and places their mysterious secrets, thus rendering the people and their places even more attractive.

»Ilma Rakusa’s narratives Loneliness with a rolling ›r‹ depict an abundant empathy and readiness to acknowledge the pains of people maltreated too often. They are love stories full of passion and irresistible intensity, combining precision with a high, emotional note.« (Bernadette Conrad, St. Galler Tagblatt)