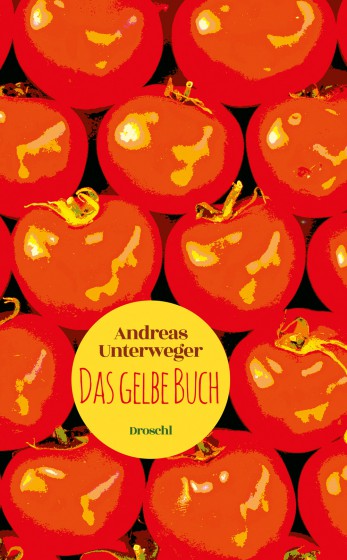 One thing is certain: Nothing in the world has ever been as glorious as those summers!
In Andreas Unterweger’s universe it is the most natural thing that a group of little boys and their leader Beaver live in a yellow house inmidst of yellow fields, accompanied only by the grandfather and Mia, the cat. Once in a while, a ranger turns up, telling tales of mysterious wild boars. And what does actually happen in the book? Nothing – it is just a succession of glorious summers, where one can swim the whole day in the (yellow) river, and frosty winters, featuring, if nothing else, Santa Claus and Christmas.

It is an unthinkable pipe dream characterised by a linguistically highly precise analysis of the relationship between objects and their expressions, of the materiality of single words and the difficulties of understanding (and misunderstanding).

Here, poetic obstinacy doubles as a child’s utopia, regardless of the »purpose of literature«. It is, to some extent, an adaptation of Wittgenstein for children, including highbrow and lowbrow jokes, pictures, mathematical exercises, a choice of several mottoes and above all, two tables of content in which chapters are called »The five seasons« or »Master of disguise – identity and difference in the yellow Country« respectively.