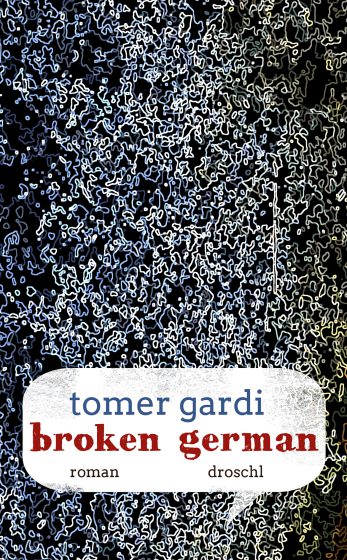 A refreshing answer to the fear of foreign infiltration

An energetic and uninhibited novel in the language of immigrants, a highly allusive and enjoyable plea for linguistic diversity, for infringement, for everything that does not comply with the norm: Broken German is exciting, amsuing, clever, light-footed and at the same time challenging with its pleasantly un-biased view:

Years after Radili purchased a knife after having been threatened by skinheads, he returns to Berlin as an adult and his new friends from the »radical left-wing flat« want to make a film out of his experience. The search for the knife he buried at the time is the first of several situations the narrator connects with each other in a quite unorthodox manner. He develops a scene in the Jewish Museum that turns into a crime story, discusses memories with his mother and recapitulates a school excursion to archaeological excavations in northern Israel and time and again, the reader finds himself in the „Bar of the Main Thread”, restaurants and call shops where Radili and his friends Amadou, Fikert, Anuan, Abayomi and Jamal hang out.

»There is a joy in writing in this book, a sense of the worth of words, which almost made me applaud as I was reading its final sentences. Broken German is a deeply flawed, imperfect novel, and one of the best German novels of the past decade.« (Shigekuni Blog)

»Without ignoring the importance of continuity and the preservation of tradition, Gardi invites us to engage with what is transient, fragmentary and looking for stability in our human condition.« (Heide Kunzelmann, Living Languages Blog)