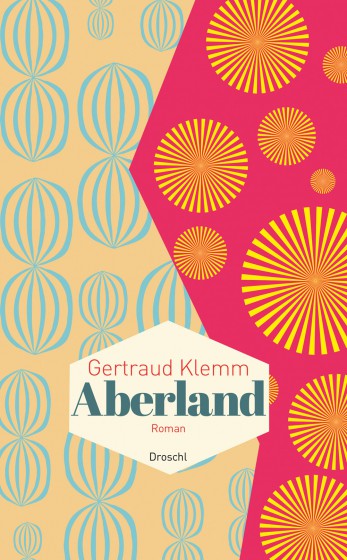 A year in the lives of a mother and daughter.
A pointy and humorours portrait of middle-class living today. Both want to break free from the straight and narrow path in order to scrutinise – and ultimately understand – one another.

This novel is written from two alternating perspectives, that of Elisabeth and her daughter Franziska. Each chapter starts with a kind of invitation (Mother’s Day brunch at a Chinese restaurant, invitation to a friend’s wedding, opening of an exhibition, Easter, office Christmas party etc.). The protagonists act before, during or after these festivities. The novel is set in the years 2013 and 2014, in a fictional Austrian town closed to Vienna.

Elisabeth, at 58, tries to age with dignity. Her bourgeois life is best described by what she did not do: she did not study or work, she did not neglect her children and did not cheat on her husband with the artist Jakob, she did not defy her mother-in-law, and she still has not asked to be officially registered as owner of the Art Nouveau villa. Her life might not be idyllic but it is too good to be able to complain. She has found comfort in a conventional life and suspects that it is part of the deal that her children Franziska (35) and Elias (33) disrespect her and feel sorry for her. With cynicism and cautious self-reflection she watches the self-sacrificing ladies around her as they age and struggle with the transience of being desired and needed. And she closely follows the lives of her children, above all that of Franziska who is prone to fits of rage, struggles with society’s demands to motherhood as well as with the impossibility to realise the theoretical gender equality in her every-day life. She did not pursue her visions, neither at work nor in her private life, and tries to content herself with her almost finished thesis and her almost loved husband. Only a second child that stubbornly refuses to be born could complete this suburban bliss. It seems that a kind of toothless feminism was handed down from one generation to the next.

Aberland is a metaphor for the habit of not doing things, and then blaming someone else. People keep saying ›yes, but‹ and do not change anything, until the lack of action takes on a life of its own. What Franziska and Elisabeth get, is a life dictated by too many compromises. Mother and daughter undertake awkward attempts to break out of this imposed bliss, while observing and regretting each other.

Invited to Books at Berlinale