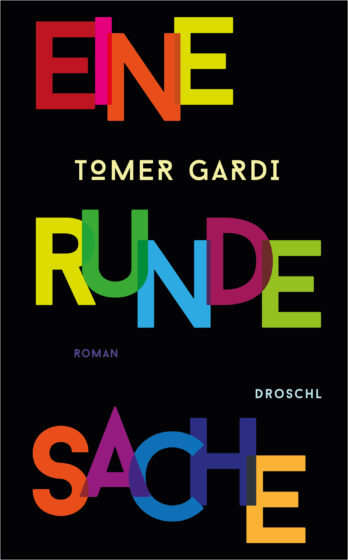 And Nothing Ever Ends Prize of the Leipzig Book Fair 2022

In And Nothing Ever Ends, two artists from two different centuries travel through linguistic and cultural spaces.

Experiences of foreignness, identity, life as an artist, and lots of politics are the major themes of the novel, in which the two storylines mirror each other.

First, Tomer Gardi, written in German, sends himself as a literary character with the talking German shepherd Rex and the elf king or even Goethe’s Erlkönig at his side on a fantastic-adventurous odyssey, slapstick, funny and with many subliminal pinpricks. In the second part of the novel, translated from Hebrew, we follow the 19th century Indonesian painter Raden Saleh from Java through Europe and back to Asia—a historical novel and at the same time a reflection of our times.

Prize of the Leipzig Book Fair 2022:
»First a Jewish author is chased through a German forest. Then the life of Raden Saleh is told. In different, subtly interrelated styles and genres, it is about the question of freedom. Fireworks!«, said the jury in its statement.

»The question this book asks is ›How does one do away with the cultural corsets in which one is constrained?‹ And Tomer Gardi demonstrates that to us in very different, very entertaining ways.« (Insa Wilke, SWR)

»Tomer Gardi—a writer between worlds, who also sends his characters off in search of a place in the world. What seems so light-footed is ingeniously knitted. An effervescent, breathless novel that negotiates the big questions of identity and home.« (Juliane Bergmann, NDR)

»One can confidently say that no author is currently stirring up German literature in such a way … You will laugh out loud, cringe, enjoy and run along as soon as the author has you by the scruff of the neck.« (Sophie Albers Ben Chamo, Jüdische Allgemeine)